Yesterday, students in Academy 2 at the Lilla G. Frederick Pilot Middle School voted in a Mock Election. Prior to the election, students created campaign posters and completed Voter Registration forms. Students with completed registration forms cast their vote for Boston’s next mayor.

56 students in grades 6, 7, and 8 participated in the election. Martin J. Walsh won the Mock Election, and he also won the City of Boston Election to become Boston’s next mayor. 42 of our Frederick students voted for Marty Walsh, 13 voted for John Connolly, and 1 students voted for both candidates. This vote was discarded.

The Days Leading Up to the Election 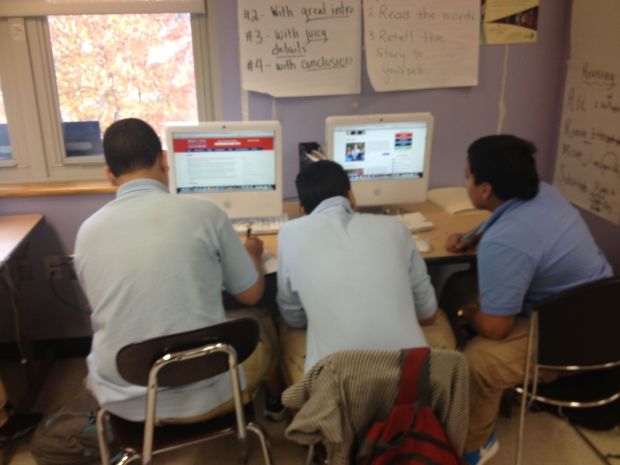 Students used the candidates’ website to research their personal histories and views on issues. 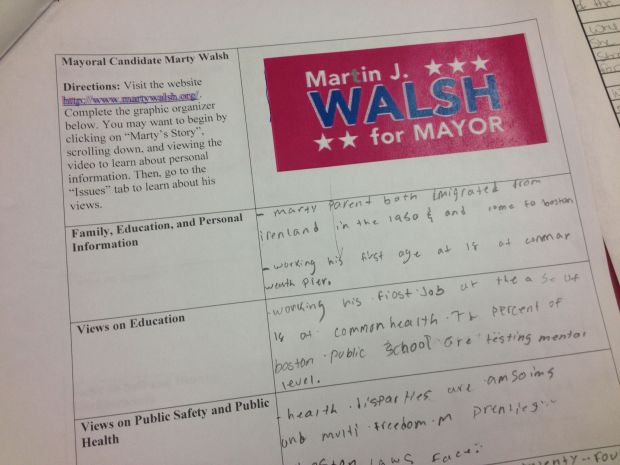 Students completed graphic organizers to record information from the websites. 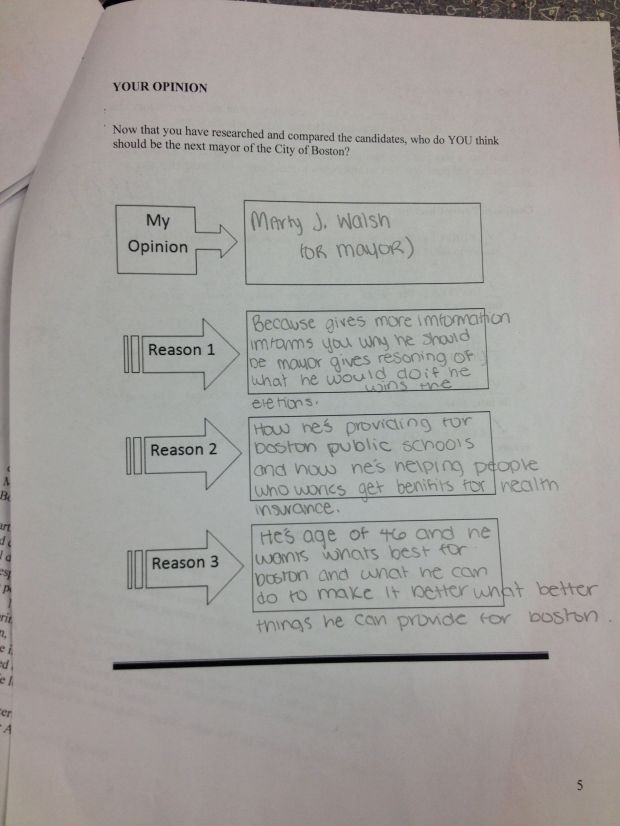 After researching and comparing the candidates, students formed their opinion about who they supported in the race.

I have created an adapted text and summary lesson for today, using the New York Times’ article on the Mayoral Race. You can download the lesson materials here: Post-Election Lesson Materials.