I am extremely proud of Quddus Rodrigues, who has been my student for the past three years at the Lilla G. Frederick Pilot Middle School. I have always known Quddus to be a thoughtful and creative person who expresses a deep concern for those around him, and it has been to my absolute delight that his talents have been recognized both locally and internationally in recent months. I will now present you with a photo essay of  Quddus’ life as a rising star in both the civil rights and creative writing arenas. 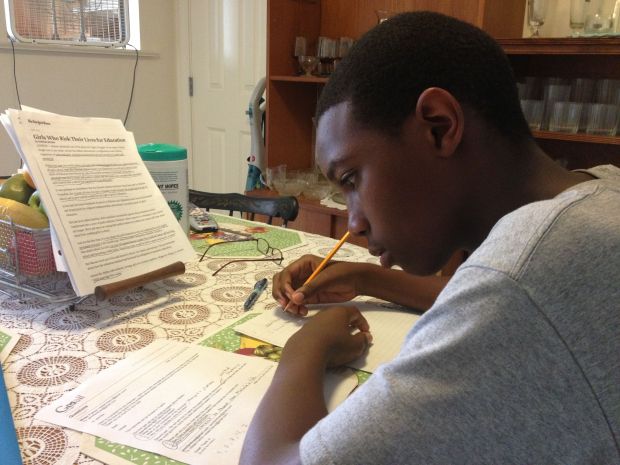 Quddus prepares for his interview for a Malala Yousafzai documentary for NHK television.

In late June, I was contacted by Yoshiko Uno-Flukes, a UK-based researcher for NHK television, a respected Japanese station. NHK is producing a documentary film on Malala Yousafzai, to whom my students had written letters in October after she was attacked by the Taliban on her way to school. They were especially interested in Quddus’ letter. Last Thursday, Quddus and I prepared for the interview for several hours by reviewing the events and responses to Malala’s shooting and recovery, including the well-written piece “Girls Who Risk their Lives for Education“. The above photo shows Quddus writing his responses to interview questions provided by NHK while referencing an article. 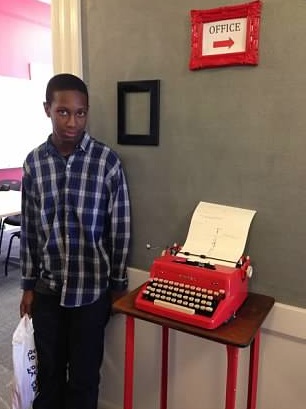 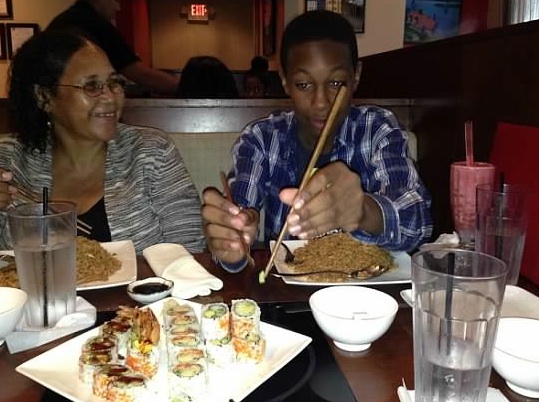 Quddus and Filomena enjoy post-orientation sushi, shrimp-fried rice, and Boba tea in Chinatown after the orientation.

In April, at the suggestion of my colleague and dear friend, author and educator Paula Leoni, Quddus completed his application for the prestigious Grub Street Young Adult Writing Program Summer Teen Fellowship. This program awards young adult writers with a stipend and provides them with a three week intensive writing experience that includes instruction from and meetings with published authors. Click here to read his application. The piece “Mystery Mansions of Madness” will have you in stitches!

Last Friday, Quddus, his mother, and Paula attended the orientation at Grub Street, located in the Steinway building at the edge of Boston’s theater district. Afterwards, they enjoyed a sushi dinner at which Quddus apparently tricked his mother into eating a mouthful of wasabi. Luckily, laughter quickly ensued!

Special thanks to Paula Leoni for providing the photographs.

The NHK film crew captures Quddus and his mother strolling through their Dorchester Center neighborhood.

The NHK film crew captures the art of thinking, writing, and reflecting. 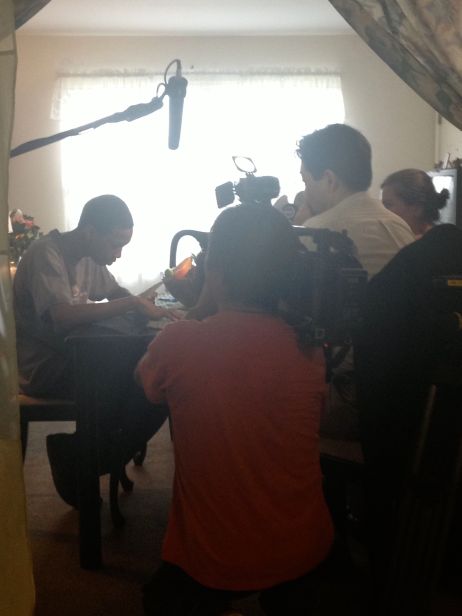 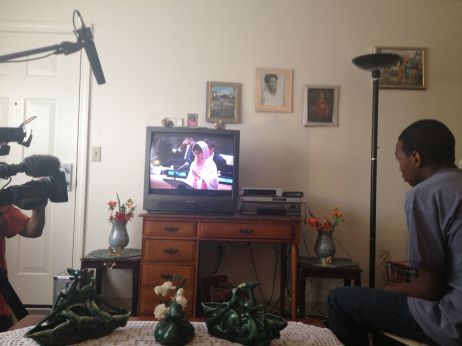 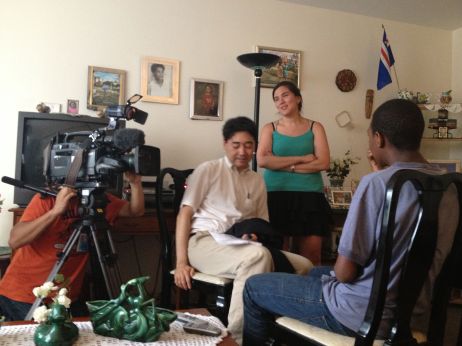 I was so impressed that NHK traveled all the way from New York City on a hot Saturday afternoon to interview Quddus. He is certainly a very interesting young man.  I cannot wait to see the documentary.

Quddus grabs a caramel Frappuccino at Starbucks before the Grub Street orientation. He complained, “It’s so much work being famous! You always have to have your picture taken!” HA! 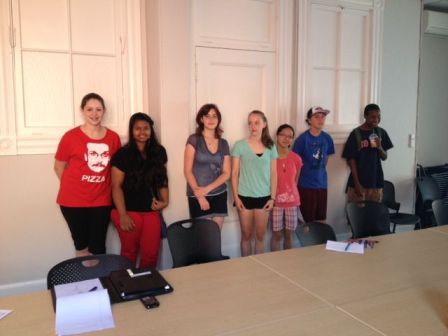 Quddus poses with his fellow writers on the first day of the Young Adult Writing Program.

I was so excited to receive the following text from Quddus on Monday afternoon: “Had fun made friends had a great time”. I cannot wait to attend the final celebration. I’m sure we will all be hearing so much more about Quddus, a rising star on a bright path. We are all so proud!